The History of the Motherboard: a Deeper Look into the Essential PC Component 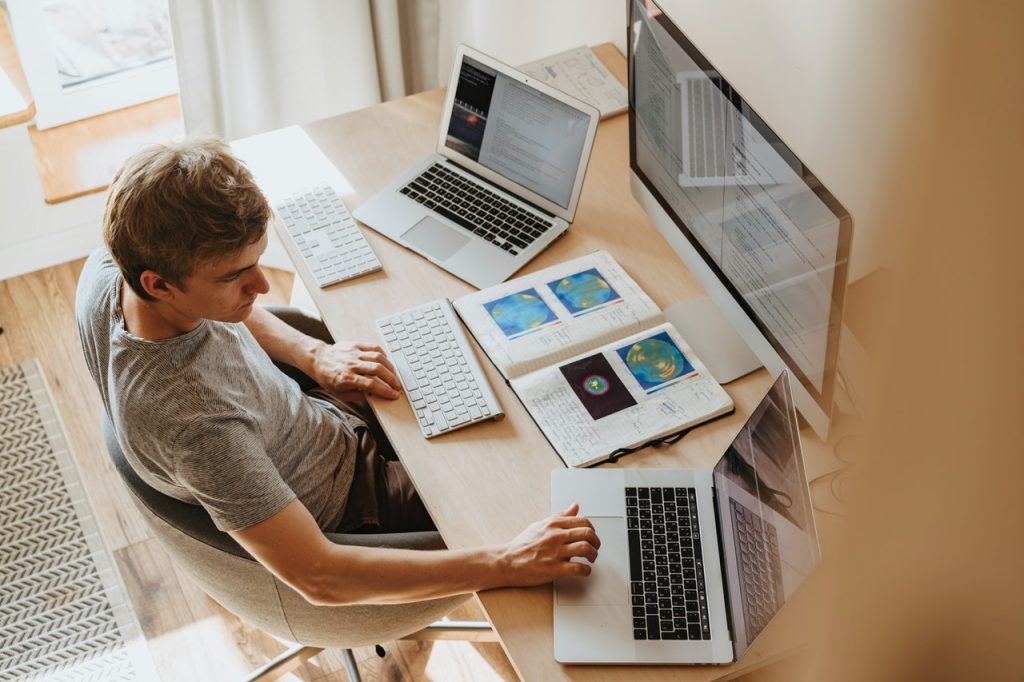 At the heart of every computer system lies a central component that unifies all bits and pieces of hardware into a single, high-tech force. Also known as the mainboard, the motherboard is the primary circuit hub that connects every component and port in your computer by directly integrating them.

If you ever open a computer, the biggest piece of silicon you will find is the motherboard. Attached to it are the memory RAM expansion slots, ROM, USB ports, and PCI slots. Basically, the motherboard ensures everything in your computer works together.

The merging of all computing functions evolved, a process that marks the invention of the motherboard itself. Considering the importance of a motherboard to any computer system, any user must know how this component started.

Here is a brief discussion about the evolution of the motherboard.

The motherboard has a very gradual history. Instead of being invented as an entirely new piece of technology, the motherboard came about as a simple circuit board known as the backplane. Imagine a backplane as a motherboard but with empty components.

Before the 1980s, computer manufacturers used to install each computer component onto its own circuit board and plugged these boards into a backplane. This part serves as the common link that ties all the components together into a fully functioning computer.

Even before the invention of microprocessors, the early computers are only capable of doing single or few tasks. From this idea, the printed circuit boards replaced the traditional design by connecting the card connector pins along with the copper wires.

In 1981, IBM initially released the first computer in the market called the IBM Personal Computer (PC). The first motherboard got featured in their PC, but with a different name called “planar.” It provided audio, housed the computer’s RAM and CPU, supplied ports for cassette tape and keyboard, had expansion slots for additional cards and a system manager that controls information flows, and many other functions.

The original PC with the first motherboard consisted of several specifications. These include 16K bytes of memory, 8-Bit ISA connectors, 4.77MHz Intel microprocessor, and ports for tape and keyboards. A separate plug-in board provides other ports, such as parallel, serial, and floppy drive connectors. All these features may sound ancient compared to modern computers, but during the 1980s, these features were top of the line.

With its openness and simplicity, the original PC established the standard for computer hardware features, including “IBM-compatible” computers. Today, these computers became popularly known as the PC.

The rise of motherboards

Motherboards retained the original function of a backplane by using a circuit board with expansion slots for the daughter cards. These components went beyond the typical backplanes in what motherboards usually have.

By the late 1980s, the succeeding motherboards came with more advanced components with a set of chips that supports low-level peripherals. They also come with other special features, such as power management, onboard central processing, input/output panel for external devices, and electrical pathways allowing information to flow between the computer’s different parts.

Due to the IBM PC’s invention, computer manufacturers began merging various components and multiple functions into a single board. These developments paved the way for economically attractive computers.

Today, motherboards have become more advanced. They can easily perform all the computing functions required for a computer to run. Since the beginning of the 21st century, the motherboard became known for its basic functions, such as network connectivity, audio processing, graphics processing, and storage functions.

Some motherboards in the market omit a few functionalities for people who want high-performance gaming computers, allowing the user to install a dedicated graphics card. These special motherboards have the flexibility to use different graphics cards made for any specific purpose.

Indeed, motherboards have come a long way from their original backplane ancestors. They have evolved from what used to be empty boards with slots to self-contained computers. From networking to audio/video processing, a motherboard’s high-tech abilities have gone beyond the usual computing functions and will continue to do so in the years to come.